How To Make Your Indie Comic Book Done? Interview with Aaron Sullivan
8 lutego 2020

In my case, searching for a new independent comic book worth supporting looks always the same. Scroll, scroll, scroll… Warriors, zombies, dragons… Scroll, scroll, scroll… More warriors, more zombies, cyborgs… All right, I’m exaggerating. And don’t get me wrong, I love all (well, rather most of) those ideas. But I look for something that stands out from the rest. And last week I found “Odie – A Small Dog on a Big Journey Home”. Bull’s eye.

It’s a story of an aging corgi dog lost far away from home. As we can read on Odie’s campaign page: Odie is a foil for re-imagining classic literature in a new and fun light!

I’ve been able to talk with Aaron Sullivan, creator of this comic book. So sit tight, read an interview below and support this interesting project! 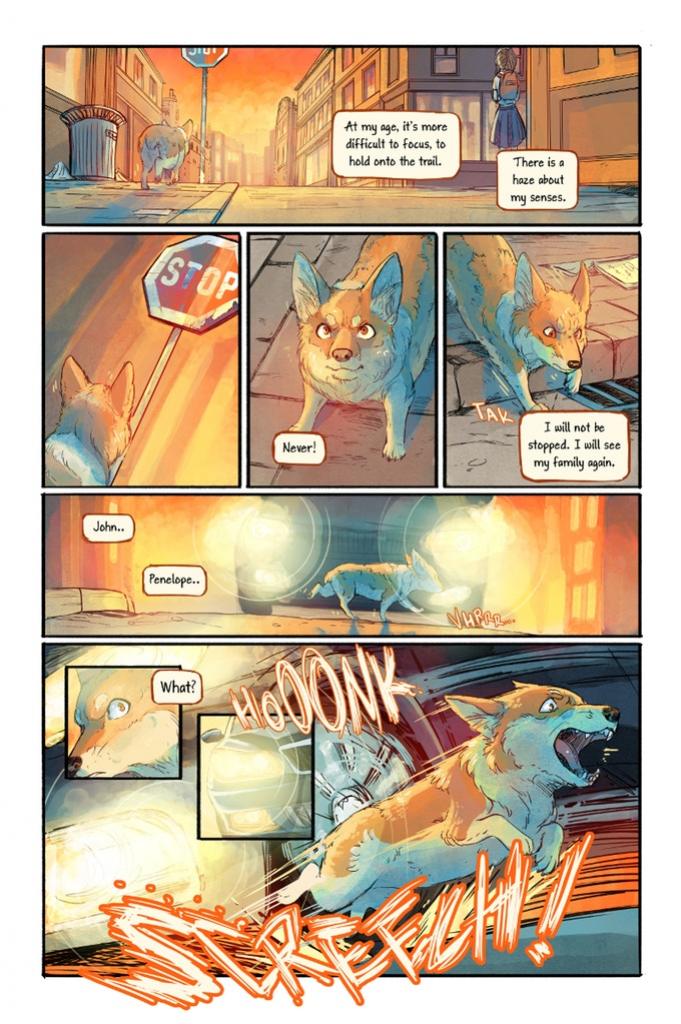 Is the story about Odie aimed at children or rather at adults missing their childhood? Perhaps at both groups?

Odie is being kept as an all-ages story. It’s certainly not targeted towards children, but there is no coarse language or sexual content in the book that would prevent it from being accessible to them. The violence is no more gratuitous than in most comics currently on the shelves.

Adults who are into reading get the added depth that comes from homaging classic literary stories! This tale focusses specifically on Homer’s Odyssey, but the possibilities are endless. I think, for this reason, Odie is aimed more at older readers.

How did you hit on this idea? And maybe it’s a silly question, but… why exactly corgi? 😉

The idea was actually born in response to the call for submissions to Iron Circus Comics’ Tim’rous Beastie Anthology. While our initial concept didn’t get in, we were just so in love with the idea that we continued to work at it until we had something tangible to show people.

As for “why a corgi,” I knew that the hero of this story needed to be small. His odds needed to be impossible as he faced opponents that towered above him. However, I am also just not a fan of most breeds of small dogs. I own a Great Dane. I grew up with Pyrenees and Huskies. I’ve never owned a small dog before.

Corgis, though, I’ve always liked. Ever since I watched Cowboy Bebop as a kid, I thought they were a cool little dog. Additionally, they get the benefit of being small without seeming silly, mostly due to the fact that their head is shaped the same as larger breeds. I don’t want to insult anyone’s beloved pet, but I believe it would be more difficult for Elli to give an aging Chihuahua a regal appearance. 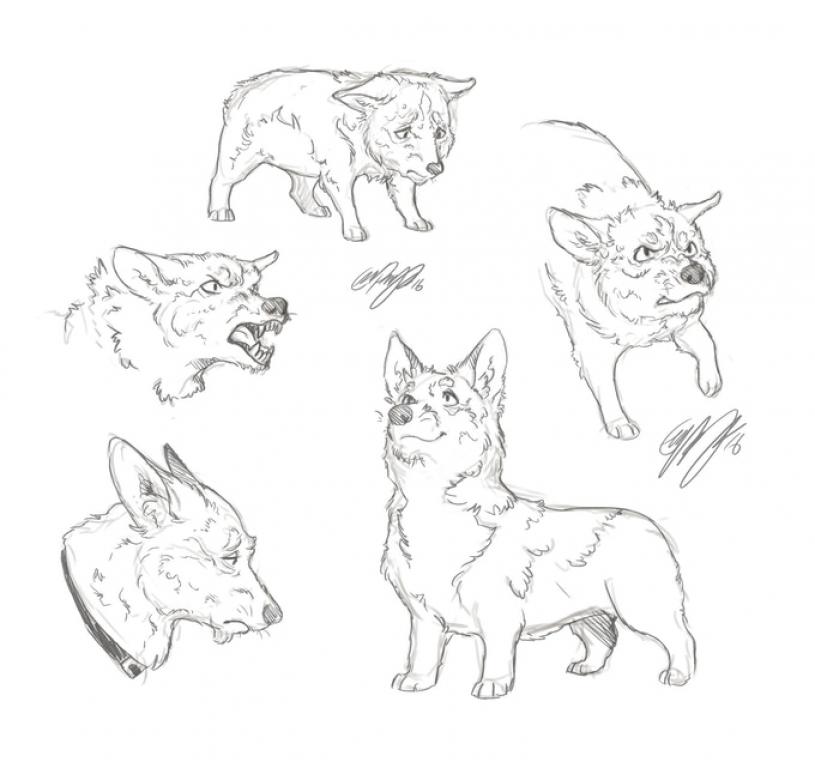 Looking at beautiful illustrations made by Elli Puukangas and Karoliina Hankonen, I can’t resist the impression that this comic book could be embraced by quite a few publishers. So why crowdfunding?

I think that approaching a publisher is a possibility in the future, but that we’d like to have something to show them first. Covering the cost of the art and production may be a steep obstacle up-front, but it allows us really make a good first impression. Instead of selling them on an idea, we’re selling them on a product!

Elli and Karoliina live in Europe, you live in the US… Was it difficult to handle such long-distance cooperation?

Up to this point, no it has been no issue at all. We keep in touch through a variety of means and seem to keep strange enough sleep schedules that it probably wouldn’t matter even if we did all live in the same country. For the creation of the comics, it has been a breeze to work with them and I honestly couldn’t ask for better collaborators.

There are a few extra steps at the reward fulfillment stage that we will have to go through, shipping the sketch covers around and making sure everyone sees the proofs, but Ka-Blam offers a lot of help in that department.

I wish you all the best with this project, but I have to ask: what will happen to Odie if your campaign would fail?

If the Kickstarter should fail, we’ll regroup, reevaluate, and relaunch when we feel as though we’re ready again. And in the meantime, we’ll keep creating the comic as often as we can afford to!

Itís nearly impossible to find educated people for this topic, but you seem like you know what youíre talking about! Thanks